Headpiece for a queen

Comments Off on Headpiece for a queen

It’s no secret – we’re big fans of drag! And collaborating with Vancouver’s own Misty Meadows was a complete dream come true.

Known for her incredible lip sync, killer fashion sense, and hilarious camp, Misty is Vancouver’s Entertainer of the Year 2017 and host of the show Moist Mondays every Monday at XY Nightclub.

She is the current reigning Empress, crowned earlier this year at the 47th annual Coronation Ball by Vancouver’s Dogwood Monarchist Society (DMS). Fulfilling her royal duties, she was looking for a headpiece that evoked a sort of “Lady Lust” look (at least that’s how I named it in my head). She described some of her gowns and I thought, let’s do this.

One of the things that’s always a challenge is keeping things as light and comfortable for the performer as possible. Usually, we end up with something that’s heavier than we hope for, but not unbearable (you’d be surprised how heavy glue can get!).

Put that together with feathers, black roses, custom embroidery with stoning, all on a support base and well….. it could be worse ;-). We also love trying to make pieces that could be used in different ways for different looks. Originally I imagined a 3-piece system, but complications in construction only allowed for two.

Even so, we felt the two levels of wear could amp up the drama when necessary…. and also [on a practical level] would also aid in transportation. (side note – I’ve always wondered how drag performers travel with their costumes and makeup…. as someone who’s terrible at packing, surely that’s a skill in of itself.) 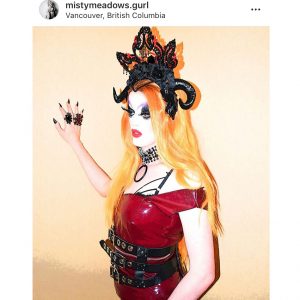 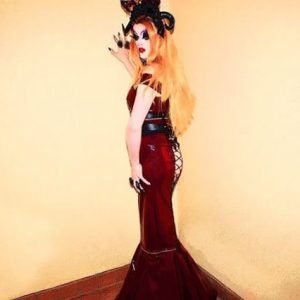 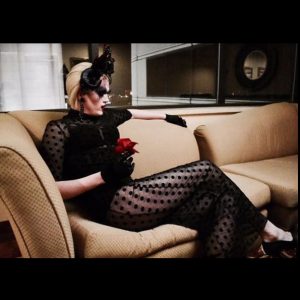 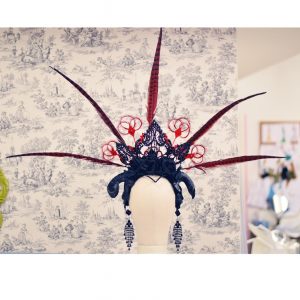 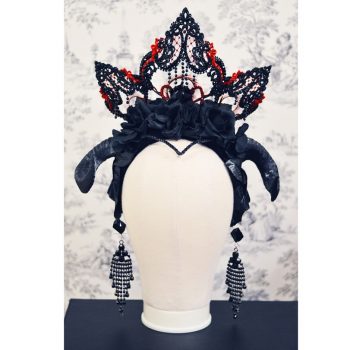 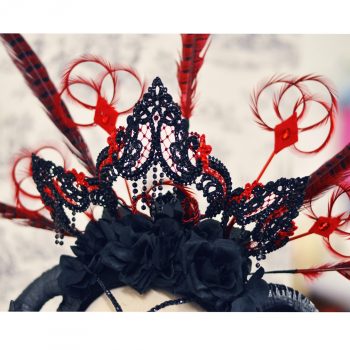